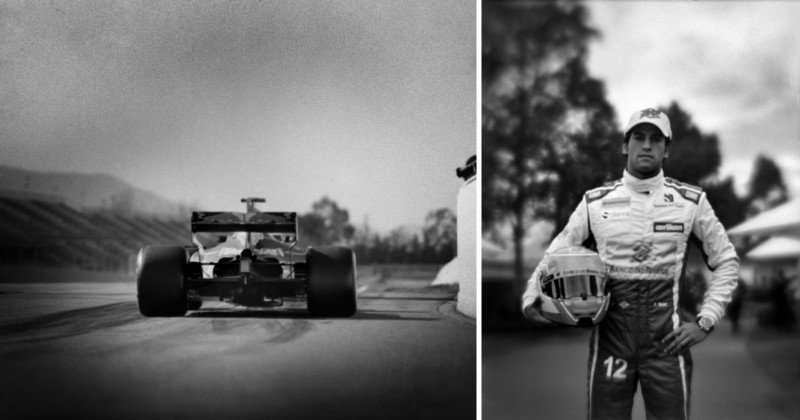 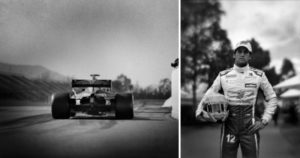 There are many photographers covering the hugely popular world of Formula One racing, but none of them shoot it quite like Joshua Paul of Lollipop Magazine. Instead of using the latest and greatest digital cameras — or even a modern camera, for that matter — Paul chooses to use a Graflex 4×5 view camera from 1913.

Paul began doing professional photography back in 1997 after graduating from an art college in Pasadena, California. After shooting for magazines as a travel and adventure photographer, and after shooting other projects with his 100-year-old Graflex camera, Paul got his first taste of shooting F1 racing at the 2013 Spanish Grand Prix. He’s on his 5th season of F1 now, and has since launched his New York-based magazine, Lollipop, to document race weekends.

If you visit a race that Paul’s covering, you’ll find that he stands out among all the other photographers…