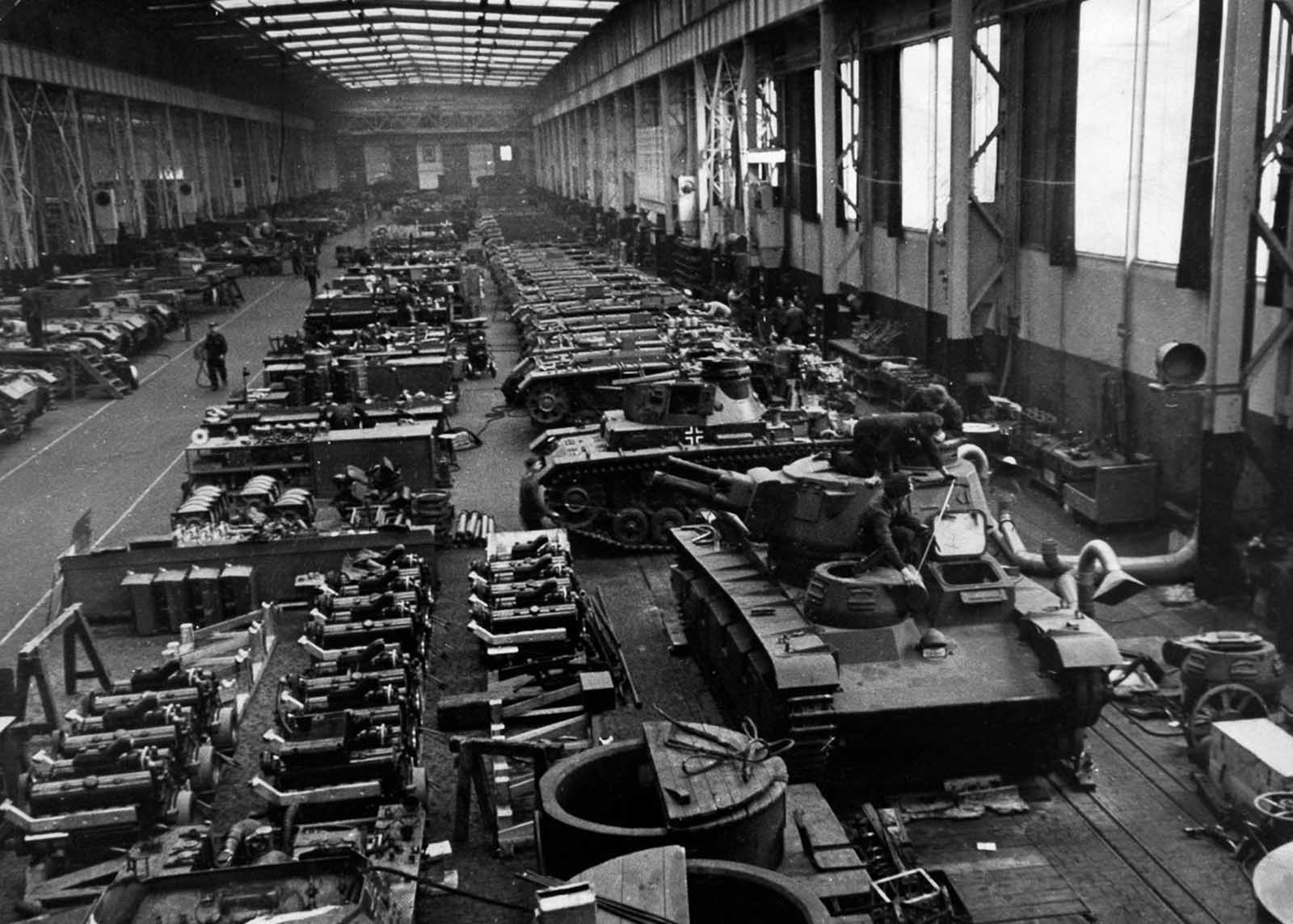 The story of the tank began in World War I, when armoured all-terrain fighting vehicles were first deployed as a response to the problems of trench warfare. In Britain, tanks were first referred to as landships. The Landships Committee was set up in 1915 by Winston Churchill to develop designs. To conceal their true purpose from possible spies, they were called tanks, to give the impression of simple water tanks. The name stuck.